I would like to welcome our indigenous and international partners from across the world, thank you for being here.I acknowledge the achievements over the past 20 years, since our last anniversary hui in 2013!

We continued to embed our culture in everything that we do!!

This totally transformed how we operated our kaupapa but also how we were able to influence all of our external partners and relationships (including our international trading partners) and how they have also embedded their practices, behaviours and the way they do business with Maori. 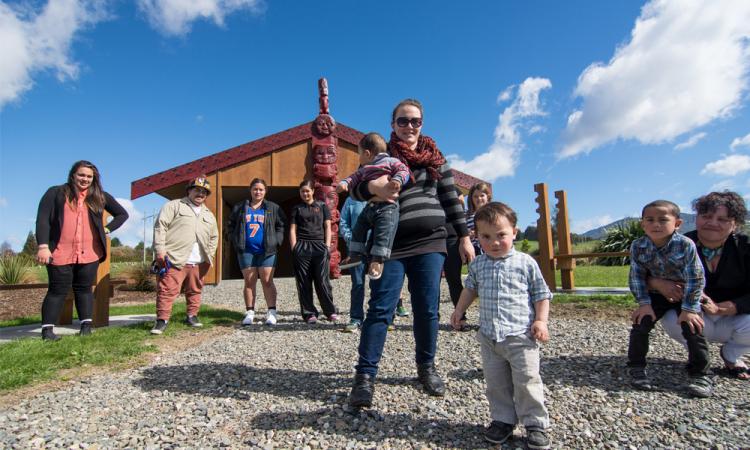 Through the continued evolutionary process between 2013 to 2033 and the further expansion of our businesses globally, this resulted in an increase in our asset base from $35 million in 2013 to $100 million in 2033 because culture was the strategic competitive advantage and more and more businesses and industry partners want to work with organisations that have an x factor, a strategic competitive advantage where we share common values of relationships, responsibility, reciprocity, and respect, and for us that is our culture our NRAIT - tanga!!

If you can remember, this all started when we commenced a project focusing on whanau in 2014, and launched our revolutionary and world leading initiative "no whanau left behind" strategy based on its “whanau transformation” initiative. This strategy transformed NRAIT exponentially when NRAIT supported each individual whanau to develop a 40 year plan for their future.

This happened when each individual whanau/ family created a defining moment to hold a whanau hui in “2014” to firstly look back at their whanau history over the past 40 years. This supported the development in its whanau plan, a strategic plan through “whanau transformation”. This was proactive and intentional when they looked forward to the future for the next 40 years. We had shifted from a “hope based strategy” or in short “hopeless” strategy, to a planned, proactive and intentional strategy based around each whanau within NRAIT.

I note the korero from Koro Sir Ropata Taylor MBE, RSVP, LMNOP in his memoirs that he stated and I quote :

“When we were reflecting and discussing our whanau over the previous 40 years in 2014, we were able to identify "transformers" within our whanau”, the individuals who had made courageous decisions in their lives, and in essence changed the landscape for them, their families and their future generations.

Some examples in my whanau, include the first whanau member to get school certificate in my whanau was Aunty Maude in 1965 and when you look back you can see why all her whanau got school C because she was the first to break that barrier and now we can see the intergenerational impact this has had on her tamariki and mokopuna;

Uncle Kingi was the first person in his whanau to shift from having a job, to a person who ran their own business and created jobs when he started his Wairau engineering business in 1970, you can see why all of his children went to Maori Trade training schools in CHCH and Wgtn in the 1970 and 80’s, and three of them now run their own businesses, and now their children and grandchildren have followed suit!

Aunty Tirikawa was the first person in her whanau to go to university and get a bachelors degree in 1984; you can see why all of her children followed in her footsteps as all four of them work in the agribusiness industry and have gained either a science, agri business or viticulture degrees

Uncle Bill's whanau were the first to own their own home and be mortgage free; hence the reason why all of their children purchased homes at a young age and were strategic through making many sacrifices so they could pay their mortgages off quickly which is why all of them had mortgage free homes by the time they were 45 years old, and no debt.

Cousin Andrew was the first in his whanau to be fluent in Te Reo Maori; the first to learn all of the tikanga of their marae; and gained a Bachelor in Matauanga Maori from TWOR in 2002, he was the first in NRAIT to be a foreign affairs ambassador for NZ to represent Maori on economic initiatives and represent our country at our NZ embassies in India, Russia and Thailand. It was his knowledge of self, his language and culture that he gained, that gave him the confidence and competence to work with peoples from other cultures, and was hand picked by MFAT to represent our country in our embassies across the world

Through this “no whanau left behind” strategy the transformation for NRAIT at the whanau level has been amazing”. Through identifying transformers in our own whanau, our families between 1950 to 2013, we identified outstanding individuals as outlined above, that we were not only proud of, but it reignited our confidence and raised our consciousness in our ability to be “intentional” and strategic in our approach to a whanau transformation plan, to ensure no whanau was left behind!

Ok whanau that’s me, our current reality is in our hands, but our future reality is also, especially when we look to 2053 for our next 60th anniversary hui. Let's define what success looks like in the future with a plan centred on “No whanau left behind”, if you think I am joking think again!

And to end my 2033 NRAIT speech, can we all now please file outside as our AIR NRAIT helicopters are waiting, to take us all on the 20 min ride to Waikawa Picton for our dessert!!

And remember “NO WHANAU LEFT BEHIND!!!”