The origin of our Trust

In 1853 Governor Grey appropriated and then gifted, via two Crown Grants, 918 acres of our Native Reserve Lands in Motueka to Bishop Selwyn, the head of the Anglican Church. The Te Maatu lands were taken from the Motueka Occupation Reserves and the Motueka Tenths Reserves Estates.

Although the 1844 Spain Commission had recognized individual Ngāti Rārua and Te Āti Awa descendants as being the rightful land owners, their permission and compensation was not sought or given.

Objection from the Māori owners and their descendants via submissions, petitions, and deputations continued unabated from that time, and at least three major investigations resulted.

The owners had been deprived of their tūrangawaewae and were forced to move off their lands at great social and cultural cost for five or six generations of Ngāti Rārua and Te Āti Awa people.

Over the next 100 years, the Whakarewa School Trust Board maintained a chequered history as it attempted to keep its obligations under the terms of Grey’s grant and the Trust deeds. Early attempts to operate as a residential industrial and agricultural school went through cycles of success and failure. For a long period it operated as a residential home for orphans and children from adverse circumstances and, in the late 1970’s, the home was leased to the Nelson Hospital Board for the residential care of severely handicapped patients. 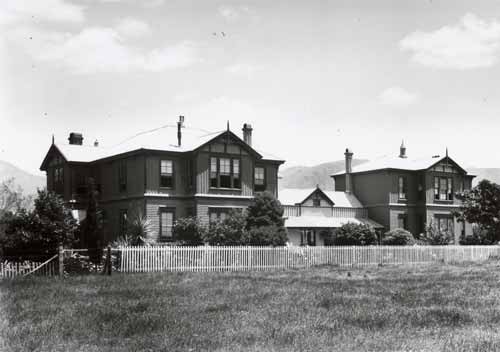 In the early 1980s the Ngāti Rārua Council once again brought up the issue of ownership, due to another restructuring of the Whakarewa Trust Board’s activities and utilization of the property for uses not stipulated in the Trust Deeds. Support from many Pākehā and Māori sympathizers assisted the cause.

Their efforts were rewarded in 1993 when the Honorable Doug Kidd sponsored a Private Members Bill to return the Whakarewa Estate to the rightful Ngāti Rārua and Te Āti Awa descendants. The passing of this bill finally returned the lands to the descendants of its owners 137 years later.

“Our vision is for our people to do well economically, socially, and culturally. We need our children to be well educated. We seek to re-establish ourselves as a people: our culture, our marae and our mana. Whanaungatanga is the key. We all want a sense of belonging. We seek to be a part of something, to have a place to stand and call our own – our tūrangawaewae”