In the early 1820s, an alliance of Tainui hapū from the Kāwhia district moved south to Taranaki. Joined by some Ngāti Raukawa of Maungatautari and northern Taranaki hapū, they then came south in successive migrations to Manawatū, Horowhenua, Kapiti Coast, Te Upoko o te Ika, and the top of the South Island. After many battles, this alliance eventually conquered and settled this entire region. 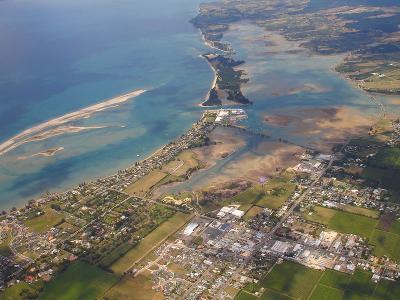 Some of the Kāwhia tribes of Ngāti Toa, Ngāti Koata and Ngāti Rārua, under pressure from Waikato and Ngāti Maniapoto, saw opportunites in a migration to and conquest of the south. They were joined at that time by Ngāti Tama, Ngāti Mutunga, and Te Āti Awa.

In the early 1820s they moved south to Taranaki. This was the first of the migrations or heke – Te Heke Tahutahu Ahi, meaning the lighting of the fires. The Kāwhia people remained in Taranaki for some time, replenishing supplies and fostering alliances, before undertaking the long journey south to the Ōtaki area.

Ngāti Raukawa and Te Āti Awa, both threatened by powerful neighbours in their homelands, formed a tribal confederation with Ngāti Toa and other smaller tribes. What followed were the subsequent migrations of the 1820s. By 1824 it was widely recognized that this alliance had conquered lands from Whangaehu in the north to Turakirae on the southern Wellington coast.

An unsuccessful counter-attack against the Kāwhia-Taranaki people was mounted by a South Island group, and there were threats from other South Island chiefs. The northern alliance mounted a series of incursions into Te Tau Ihu, which was also conquered and secured by the northern alliance. Allocations of the lands saw Ngāti Rārua, Ngāti Toarangatira, Ngāti Koata, Ngāti Tama, and Te Āti Awa become the dominant tribes.