Descriptions of Te Maatu in the period around 1840, and its importance to our whanau ki Motueka, feature vividly in the diaries and journals of some of the early European settlers.

One of the earliest commentators, Captain Frederick Moore, noted that the capability and expertise of our ancestors as commercial market gardeners and farmers had been developed long before the New Zealand Company settlers arrived.  He recorded that, from the early 1930s, or even earlier, Ngati Rarua and Te Atiawa residents, whose estimated population was around 500 at the time, already had large tracts of land under cultivation in the ‘Big Wood’, not only for produce to meet their own requirements, but also goods for trading with whalers and traders at Queen Charlotte Sound, Tory Channel and Port Underwood.

When word came that the Wakefields planned to establish a settlement in the Motueka region, our whanau further expanded their cultivations in Te Maatu and were able to supply the incoming settlers with large quantities of potatoes, other vegetables and pork from the earliest days of the settlement.

Late in 1841, at a hui in Kaiteriteri set to discuss land purchases and reach agreement on payment and reserves, our families gathered and negotiated what came to be the birth of Nelson and Motueka as we know it today.  Included in the settlement was a clear understanding that Te Maatu and our other cultivated and occupied lands, which extended along the Motueka River from the Kumara and Waipounamu and upstream to Whakarewa, would not be caught within the New Zealand Company’s surveys. 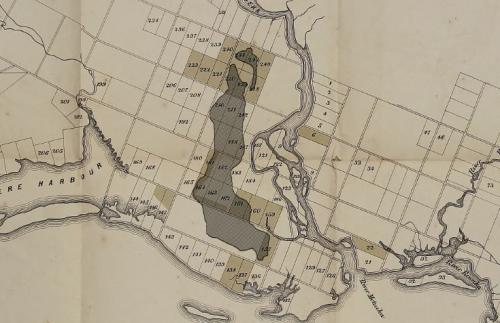 By the winter of 1842, surveying of the Motueka town sections had been completed and attention had turned to laying out the suburban and rural sections.  Pressure was mounting on the Company and its surveyors from waves of incoming settlers anxious to get onto farming land in time to start cultivating and planting in the coming spring.  Our ancestors became increasingly concerned about the encroachment of surveying activities into our occupied lands, but were placated by firm assurances provided to Chief Te Poa Karoro by the Company’s surveyor, Samuel Stephens.    Stephens wrote the following (verbatim) in his diary:

“There is a pine forest called the Matu in this part of the district and the land around it is very rich – and will no doubt be caught at early and eagerly by the early choices. The natives have a large Potato clearing at this wood where they grow annually some hundreds of tons of potatoes. They were very jealous of our coming to this part of the district; Epoa [Te Poa Karoro] one of the chiefs and proprietor at Te Matu, I met with there – he told me they did not like our coming there surveying – as they had given up the Riwaka Valley they wished to keep this for themselves.  I explained to him through the interpreter I brought with me, that their potato grounds would be left entirely for their own use – and they would also have one tenth of all that we surveyed besides  …”

It seems clear that Stephens believed he was accurately reflecting Company policy. But as history has recorded, the Company did not honour the guarantees he gave to Te Poa Karoro. Instead, Stephens’ surveying teams were instructed by the Company to include all our cultivations and occupied lands to be carved up into 50 acre sections, and these were then included in the pool of sections available for selection via ballot.