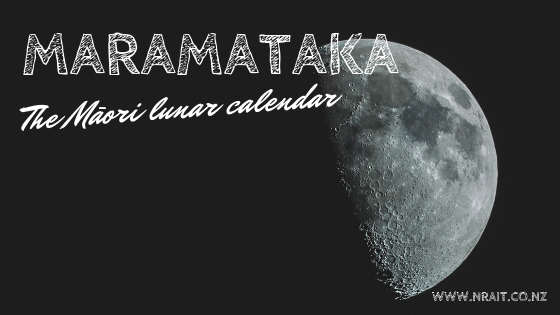 The first calendar or recording of time is believed to have come from hunter-gatherer communities from around 8,000 BC. Since then, a range of cultures and communities have developed their own ways of recording time and different versions of a ‘global’ calendar have been developed.

While these days most of us use the Gregorian calendar, our tūpuna used the maramataka (Māori lunar calendar) to mark time and the recording of days. The maramataka, which translates to ‘the moon turning’, follows the movement of the moon throughout each month rather than the sun.

Traditionally, the maramataka didn’t mark months as we do now, it followed two seasons, Raumati (summer) and Takurua/Hōteke (winter). These days the maramataka aligns with the Gregorian calendar we now use, so it’s easier to understand and follow.

How the Māori calendar was used
The maramataka was an important marker of time for our tūpuna, as it provided information on the best times of the day, month and year for certain activities.

Typically, the maramataka was consulted for nearly every activity taking place, such as hunting, fishing, planting and harvesting, as well as rituals including baptisms or for important hui. One could also identify key times of the year, from matariki to seasonal events like harvest.

Like most kōrero and other knowledge from the days of our tūpuna, the maramataka was an oral tradition. Fortunately, early ethnographers recorded this knowledge while it was still in use.

As a lunar calendar, the maramataka followed the phases of the moon throughout the month – each day with a different name, holding different information. The month started with Whiro (first night of the new moon), following along the phases of the cycle (which lasted roughly 29 days) until Mutuwhenua, the last night. 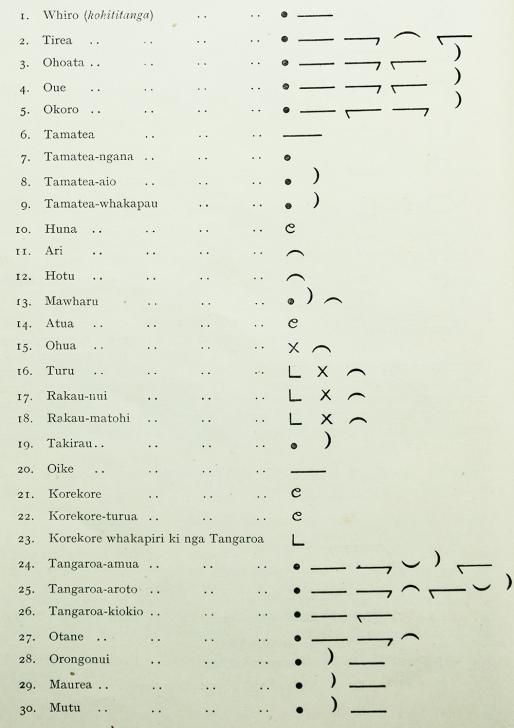 This maramataka was taken from a 1918 book by ethnologist Elson Best. It was provided to him by Rev. Metara Te Aomarere of Ōtaki, but the calendar itself was credited to Mita Te Tai. It names the 29.53 nights in the lunar calendar and the symbols next to each night represent how favourable the night was for certain food gathering activities.

How maramataka is used today
Today, we still use the same knowledge passed down from our tūpuna by recognising events like harvest and matariki, as well as looking to the moon phases for information on tides and the most favourable fishing times each month.

Below is a list of a few articles and pieces of research on the maramataka and how it was used, so you can learn more about the history of the Māori lunar calendar.

Learning to live by the maramataka: